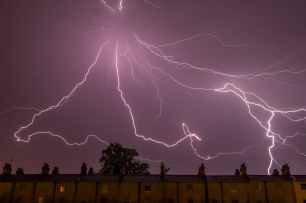 Have you ever licked a 9-volt battery? (I’m not suggesting that you do – I’m just asking if you have). When adults do something that makes them feel good – that gets them excited – what are they more apt to do? If you licked a 9-volt battery and you liked that sensation – then more than likely you’d lick it again. I believe the key to motivating someone is to figure out what turns their crank – figure out what they are looking to get out of the deal. People do things for their own reason – not yours.  All you have to do is figure out what’s in it for them and use that to get them to do what you need to get done.

#Worth Remembering – It’s only when a person has their own generator that we can talk about motivation. They need no outside stimulation. – Frederick Herzberg

#Worth Remembering – Smith’s Motivation Equation: Personal Want + Goal-Directed Behaviour = What’s in for me. People will act in a way that will get them what they want.

If you can’t find a way to motivate others, you can’t lead. Motivation is inside out – never outside in. Most people are self-serving and will only do something if they are going to get something out of the deal. Even someone who volunteers their time and energy is getting something from it or they wouldn’t keep volunteering. The next time you need to motivate someone to do what needs to be done – try the carrot, what’s in it for them, instead of using the stick approach. Trust me – it works every time. It’s like licking a 9-volt battery.

Copyright (c) 2018. Brian Smith-PLD. Not to be reproduced without permission. Brian’s available for keynote speeches or facilitating workshops on a variety of soft-skills topics.  To find out more about Brian and what he can do for you and your organization visit: https://briansmithpld.com 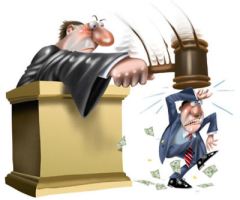 I think a great Boss should be:

People don’t quit companies – they quit lousy Bosses. Always remember that you get to decide what kind of Boss you want to be. Culture is created from the top down, never the bottom up. Most people, if given a choice, would rather not be the Boss. But everyone gets to decide what kind of Boss they want to follow. Keep that in mind the next time you’re given the opportunity. Be the kind of Boss you’d like to follow. Ask yourself – would you work for you? If the answer is no – then you need to change.

Copyright (c) 2018. Brian Smith-PLD. Not to be reproduced without permission. Are you looking for a keynote speaker or someone to conduct an in-house training session on soft-skills training or leadership development? To find out more about Brian and what he can do for you and your organization visit https://briansmithpld.com

Why women make better leaders can be summed up in just one word – “Empathy”. (The ability to see it from another person’s point of view). Women seem to come by it naturally, while most men have to work at it. Dee Dee Myers – author of “Why Women Should Rule The World” believes that women are more successful at managing small businesses because women can make people accountable for their actions but, they are also there to support them. “Females have the trait, where maybe most males do not”. Mary Matalin, former counsellor to President George W. Bush and Vice President Cheney was quoted as saying – “Women around the world are rewriting history at a ferocious pace with or without mans permission”. It’s easy to argue that men haven’t been doing such a good job lately of managing things. That’s not a political statement – I’m just stating the facts. In the words of Bob Dylan – “The times they are a changing”.

It’s great to see that more and more women are taking up a seat at the boardroom table and leading Fortune 500 Companies. Women are outpacing men in starting their own small businesses. According to research conducted by The Centre for Women’s Business – 1 in 5 of all firms generating 1 million dollars or more in sales is owned by women. The Seventh Annual Business Report, commisioned by American Express, finds that the number of businesses owned by women has more than doubled in 20 years, as has their revenue. Women are starting an average of 849 new businesses per day, up 3% from 2016. There are 11.6 million women-owned businesses in the United States, employing nearly 9 million people and generating more than 1.7 trillion in revenue. Facts and figures published by Statistics Canada on Canadian Women Entrepreneurs tell a similar story. Of all the small and medium-sized enterprises in Canada – 47% are entirely or partly owned by women. The average net profit of female-owned businesses has increased from 52% of male-owned businesses to 89%. Based on these numbers I think it’s safe to say the glass ceiling has been shattered.

Putting gender aside, what does it really take to be a successful owner or manage a small business?

I could go on and on – but I think you get the point. Women deserve far more credit then they have been given. It’s time that ALL men realize a women’s place is far more than being barefoot and pregnant. If you’re looking to develop 21st Century leadership skills, start with empathy. Learn to count to 10 or 20 if need be, before you react. See things from the other person’s point of view. Trust me – you’ll be glad you did and so will the people who work with you.

Copyright (c) 2017. Brian Smith – Power Link Dynamics. Are you looking for a professional speaker or seminar leader who can entertain and inform on a variety of soft-skills topics? Give Brian a call. He will customize a program that is right for you, your people and your organization. To find out more visit https://briansmithpld.com 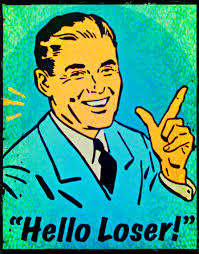 Nothing ever goes exactly the way it’s planned, so get over it. It’s called life – and life is full of surprises. This thing we call life is a work in progress. There will always be mountains to climb, valleys to trudge through and a number of detours to navigate around along the way. You can’t change what was – so there’s no sense wasting your valuable time or energy in trying to do something that can’t be done. If you aren’t happy with the hand you’ve been dealt , then it’s time to suck it up butter cup and keep moving forward. You don’t have to be held hostage by your past if you cut the chains that are you holding you back and chart a new course.

#Worth Remembering … Challenges are what make life interesting and overcoming them is what makes life meaningful. – Joshua J. Marine

The only person getting in your way, of you truly being happy and leading the kind of life you envisioned for yourself – is you. Once you decide to make a change in your life, you’re already half way there. Once you decide you want more out of life – you will find a way. You already have what it takes to be the champion of your life. Motivation is inside out – never outside in. You don’t need any other stimulus to help you accomplish your goals. All you need is to believe in yourself, that you are capable of doing what ever you set out to do. All you have to do is believe.

#Worth Remembering … Don’t let the concept of change scare you as much as the prospect of remaining unhappy. – Timber Hawkeye

Take a moment and write down three (3) things you’d like to change. Three things that you believe would make you truly happy. Take a look at the three things you’ve written down and decide which one is most important to you. Which one will give you the most satisfaction? I want you to write it out in big bold letters and post it on your bathroom mirror. I want you to read it out loud every morning while you are getting ready to take on the day. Do something every day, no matter how small, that will help you reach that goal. You will stumble – everyone does. You will get down on yourself because things aren’t moving as quickly as you hoped. That’s life’s way of testing you, to make sure it’s what you really want to do. Hang in there. Be patient and just keep plodding along. You will eventually make the kinds of changes necessary to live the life you envisioned for yourself.

Copyright (c) 2016. Brian Smith – #Reformed Control Freak. To find out more about Brian and what he can do for you and your organization visit https://briansmithpld.com